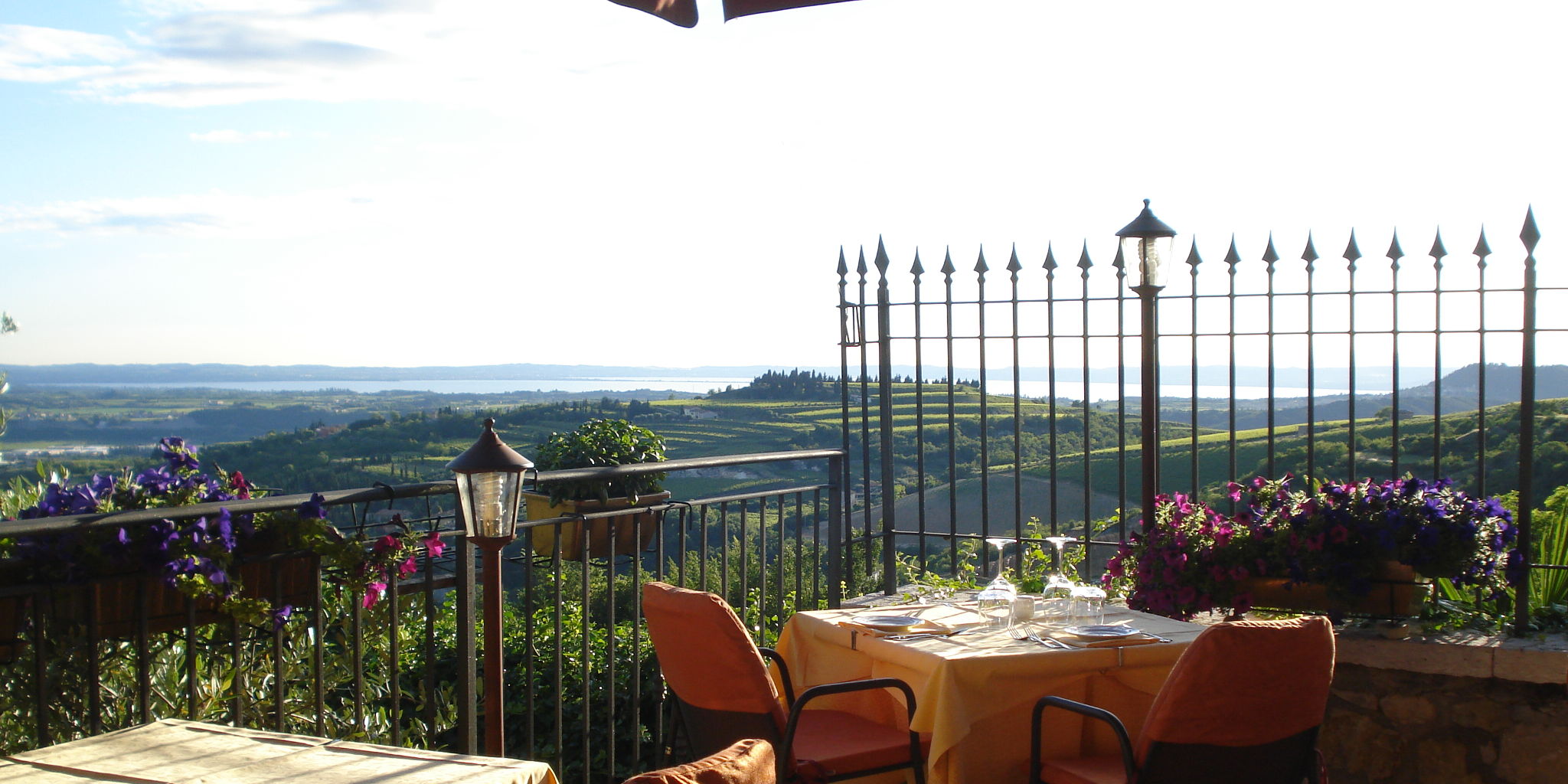 in San Giorgio of Valpolicella 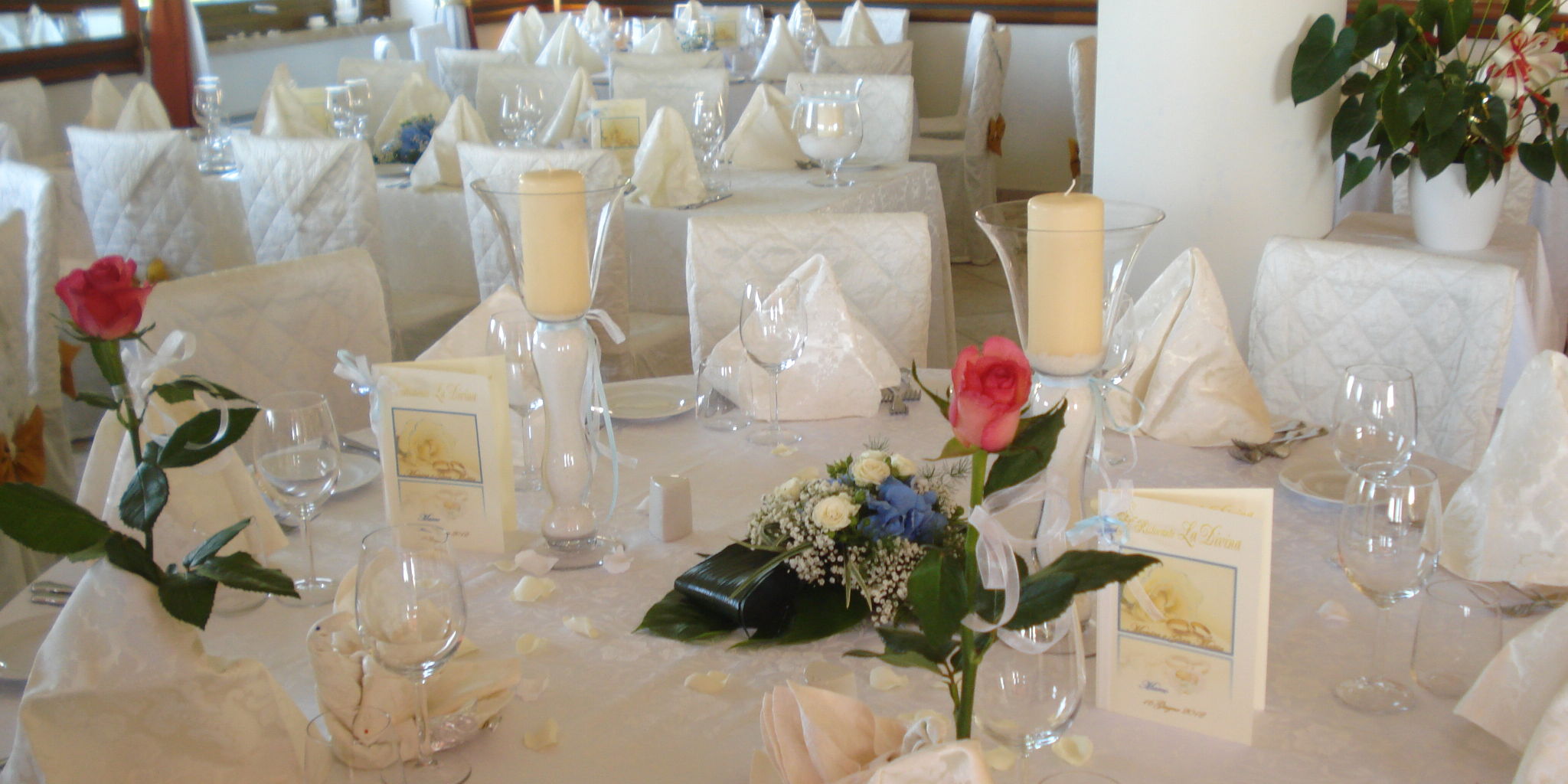 the emotions at the table that remain with you 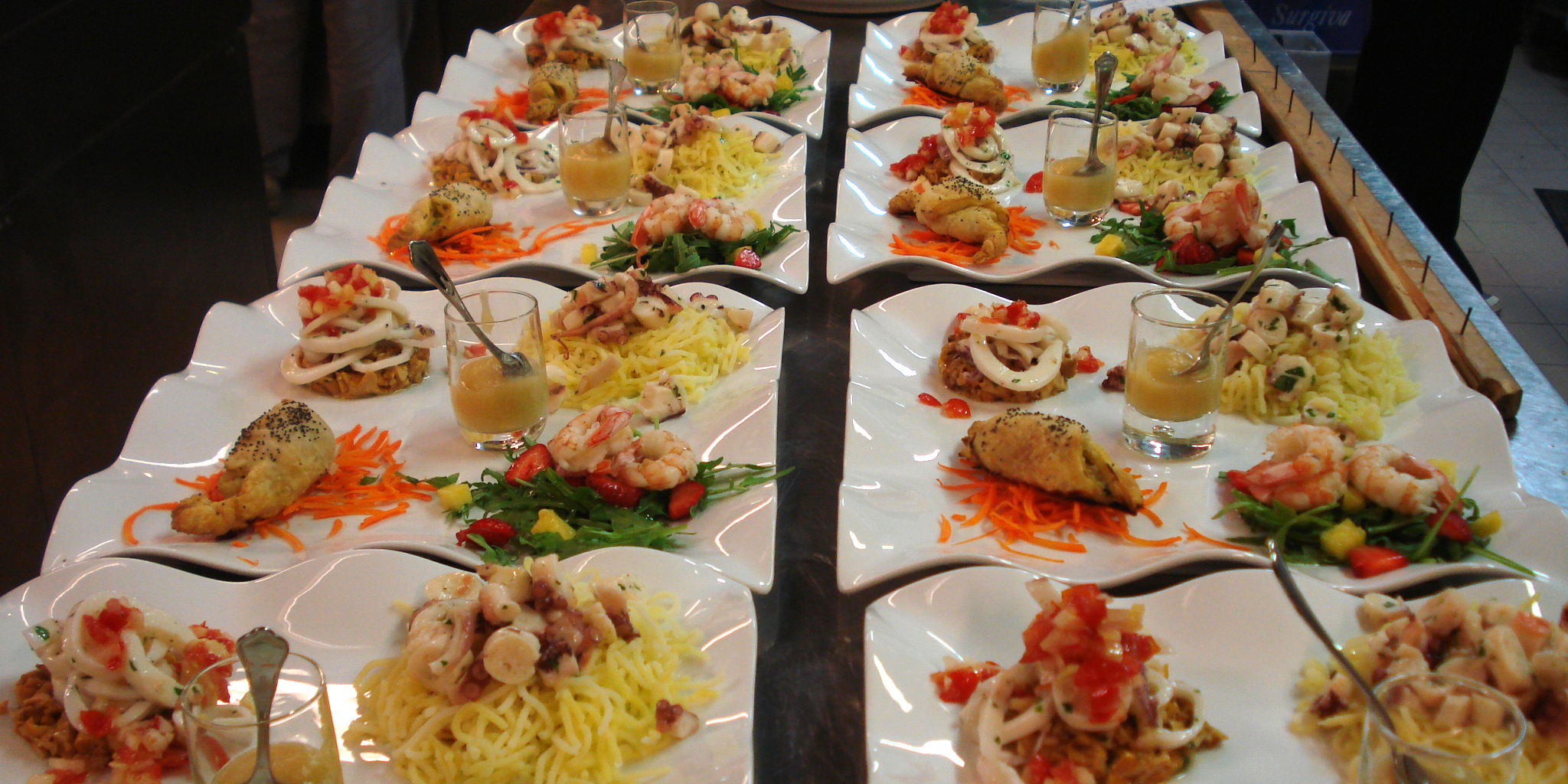 every dish is designed and treated in detail 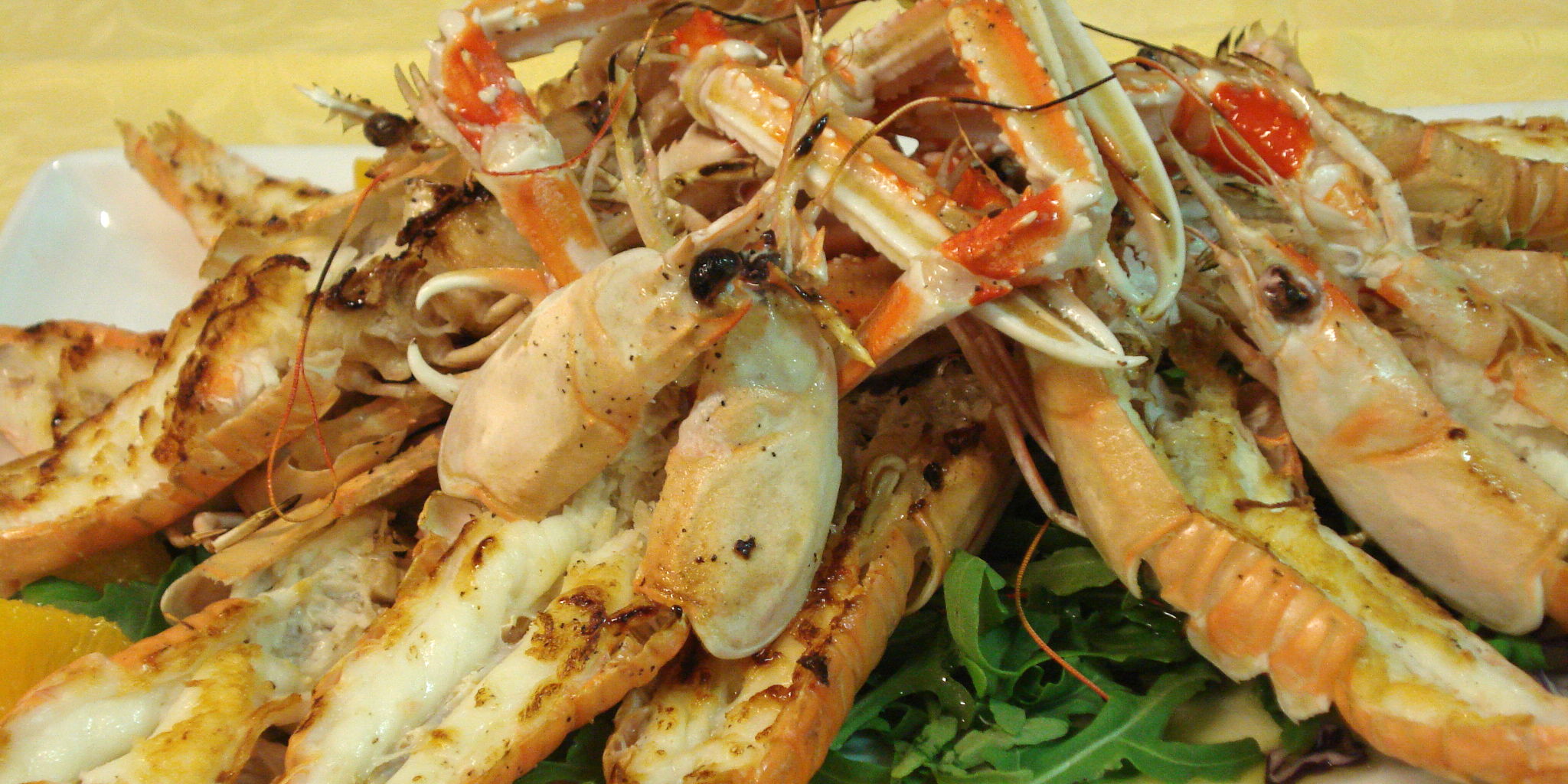 based on fresh fish every day 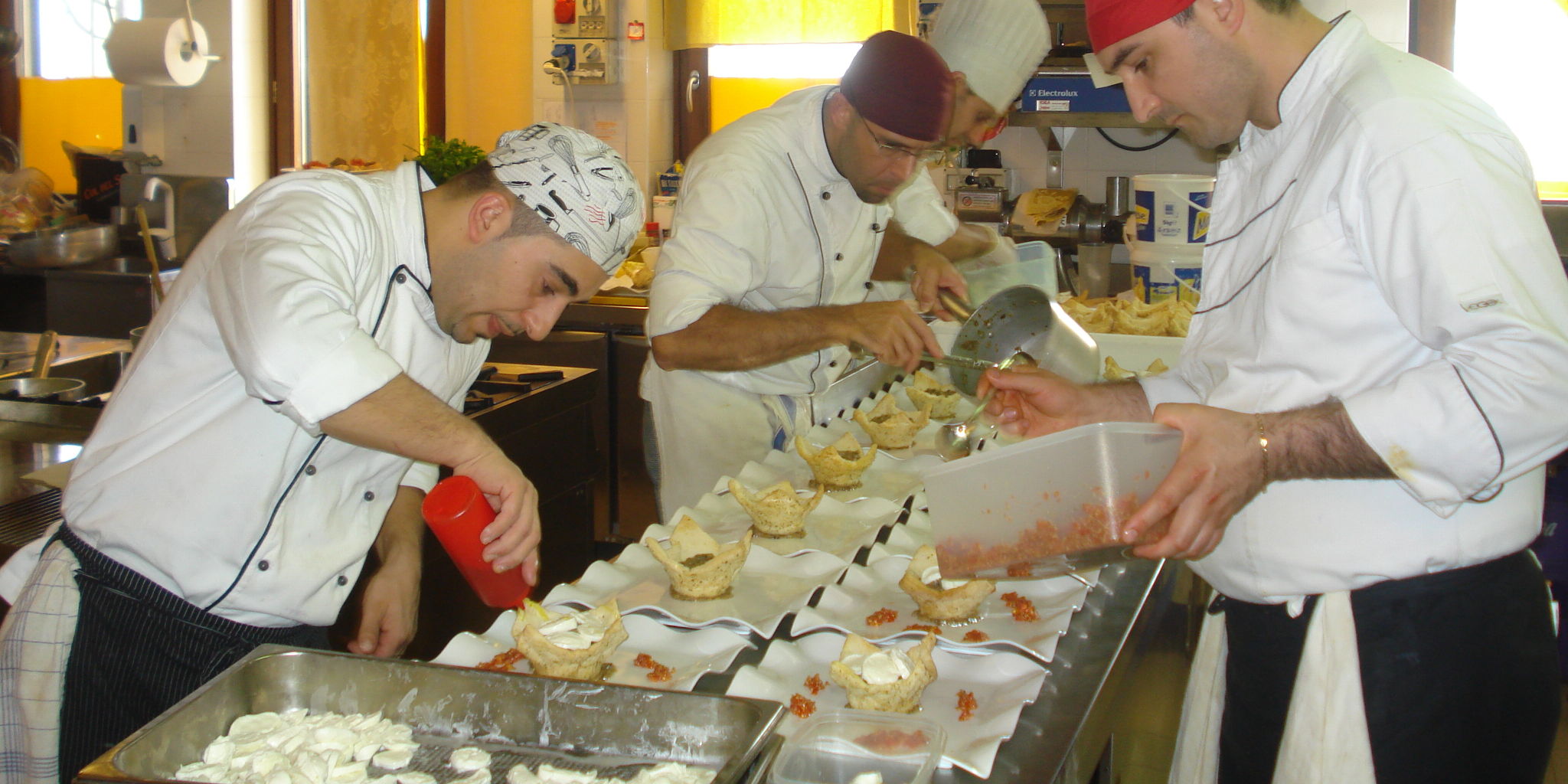 a professional staff at work on every dish 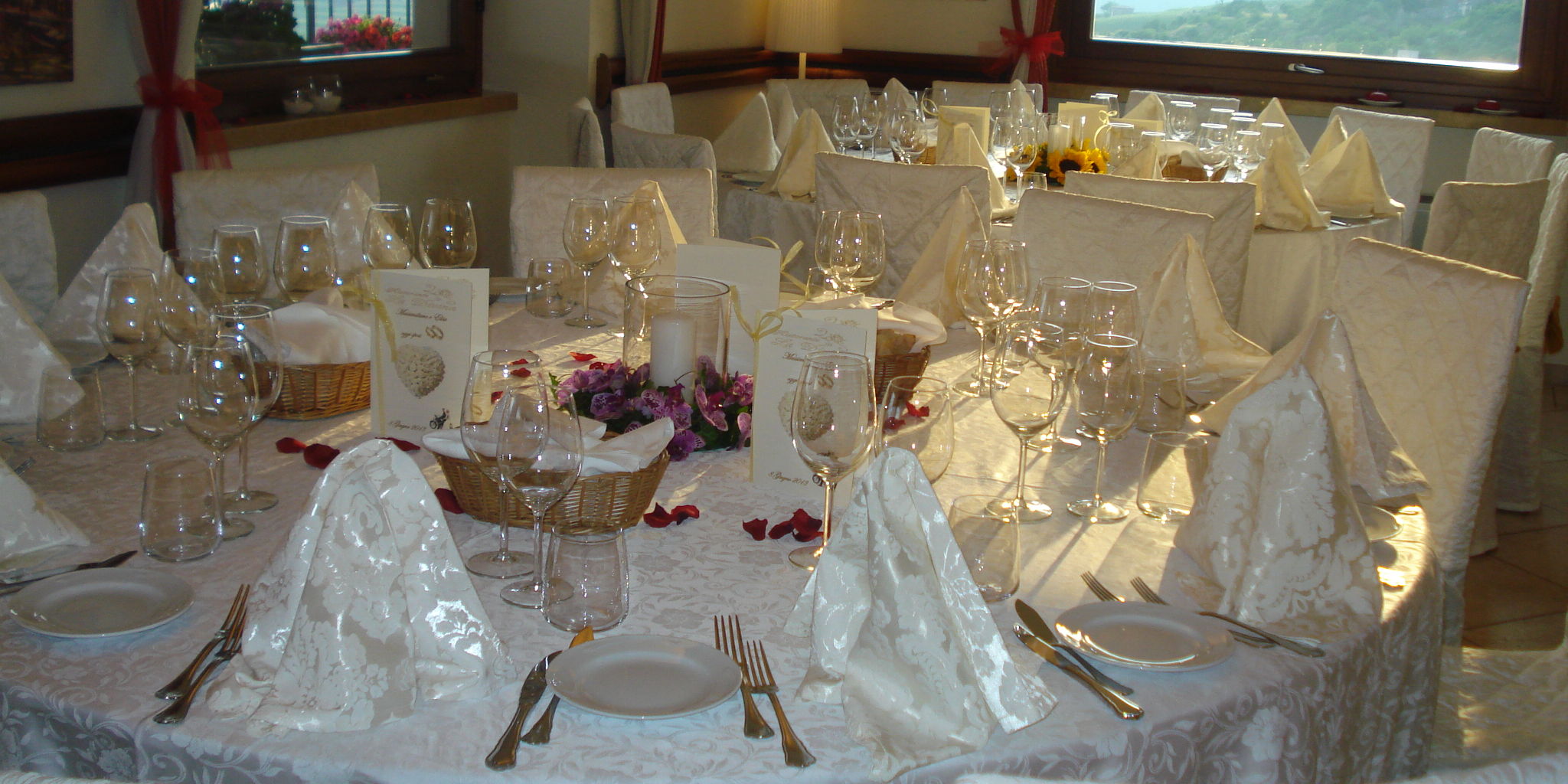 the happiest day with your friends 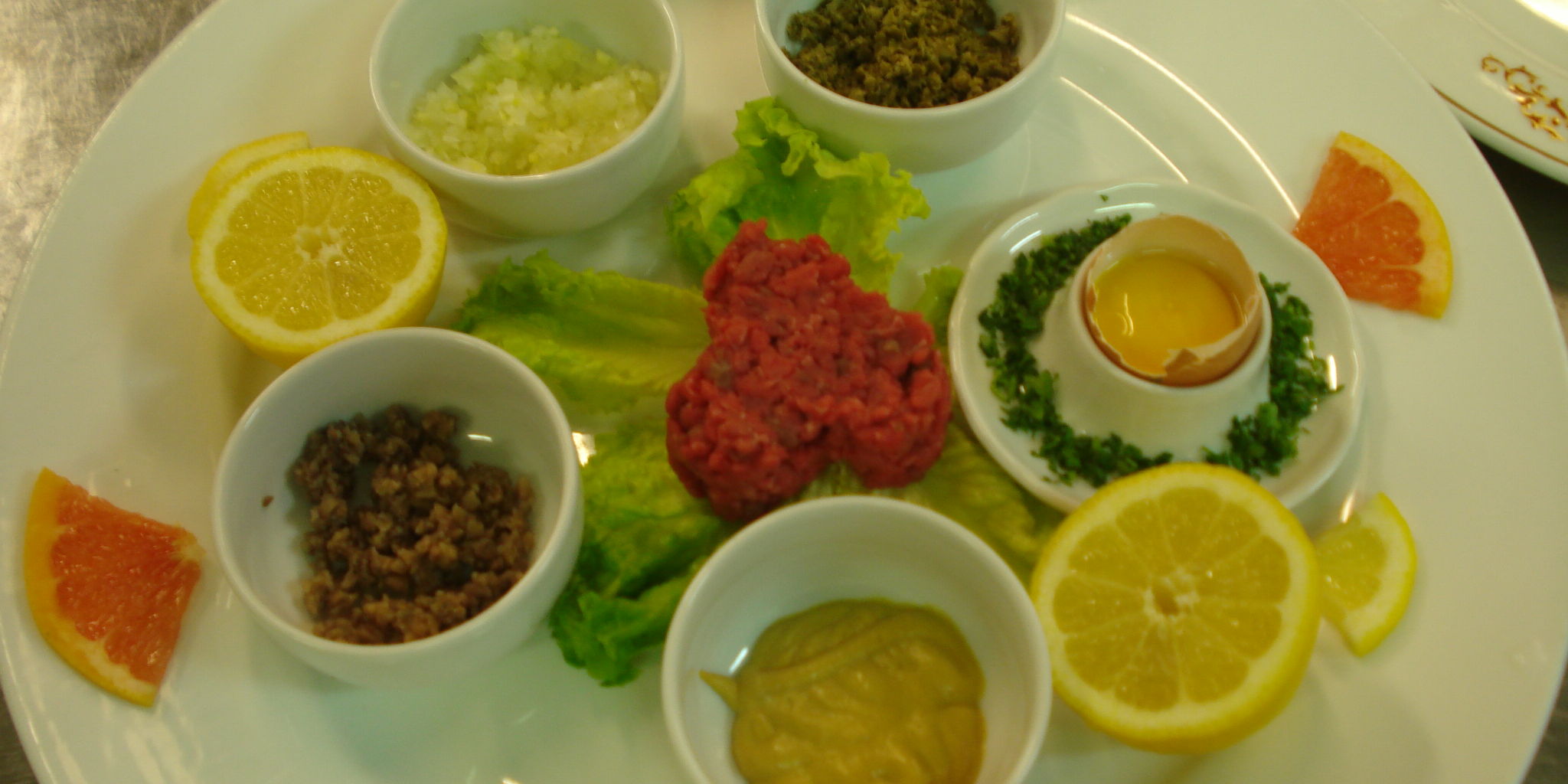 we Guarantee the Quality

Barbara and Franco are waiting for you to welcome you

to your restaurant in Valpolicella with Lake Garda view

Because your experience during your stay in the La Divina Restaurant is pleasant and safe, reservations are preferable.

The restaurant is sanitized after each service with

The Ristorante La Divina is in the heart of the Valpolicella, area of famous vineyards which produce the equally famous Amarone wine of the Valpolicella. It’s name, La Divina, is dedicated to the beauty, harmony and grace, to the exquisite pleasures of eating, it’s delicacies and it’s seduction.

From the terrace you can admire the Lake Garda, with its beautiful sunsets and stunning views breathtaking.

Our staff boast many years of tradition and refined hospitality. For us it’s a privilege to be able to offer our guests the results of our gastronomic research, always personal and attentive in suggesting seasonal products.

A cuisine that perfumes of herbs and olive oil, which favour the genuine taste, but above all a cuisine far from the great food elaborations. Our dishes, are above all, made using products of the Italian territory, territory which offers all the best which one can desire, and enhances the Italian culinary art.

A kitchen that smells of herbs and olive oil

Seated at your table you can enjoy the wonderful view, admire Lake Garda and the Valpolicella Valley up to the city of Verona. The countryside is an immense coloured photograph during the day and a poetic ensemble at night.

The candle lit terrace welcomes you during the warm Veronese evenings.

Close-by you can admire the Pieve Romanica of San Giorgio di Valpolicella, one of the most ancient churches in all of Verona, dated VII century.

Ozone, a force of nature!

Of all the disinfectants in the world, ozone is the best for eliminating germs and bacteria. Its very high oxidizing power makes it an effective sanitizer and deodorant, stronger even than traditional chemical detergents. It is 100% natural, ecological and economic.

thanks to its properties, ozone sanitizes, oxygenates and regenerates the air we breathe and disinfects the water we use. Eliminates over 99.00% of bacteria, molds, fungi, yeasts, pollens and mites and inactivates viruses. It is a powerful ally in the fight against allergies, asthma and infections, because it reduces the microbial load present in the air and on surfaces.

purifies the air by eliminating the unpleasant odors of smoke, food, perspiration, decomposition, mold, urine, blood, paint and animal fur. the ozone molecules attack and neutralize the particles that cause bad odors, leaving in their place a pleasant feeling of cleanliness and regenerated and deodorized air.

AWAY THE PEST INSECTS

it is an excellent natural repellent against flies, mosquitoes, fleas, cockroaches, ants, bedbugs, moths and small rodents. it prevents their proliferation, because it eliminates the bacteria causing their multiplication.

ozone is a naturally occurring gas composed of three oxygen molecules (o3). it is formed in the stratosphere by the action of UV rays and electrical discharges of lightning. being an unstable gas, it converts back to oxygen in a short time.

It disinfects perfectly without the need for additives and chemical detergents, exploiting its natural oxidizing power. After the treatment, the ozone is converted back to oxygen without leaving any toxic or chemical residue. Eliminates the use of plastic material.

It is known to be the most effective disinfectant agent against allergens and pathogens present in the air and water, also compared to chemical detergents. Being a heavier gas than air, it spreads in environments in a capillary way, penetrates deep into the tissues and also reaches the most hidden points, where bacteria and allergens nest.

Despite being a gas, ozone is not flammable, abrasive and explosive. It does not deteriorate fabrics, furnishings, equipment and objects. It does not harm people, animals and the environment.

Ozone is widely recognized as a disinfectant agent for air and water. The Food and Drug Administration has defined it as a "safe agent (GRAS)". In Italy, it has been recognized as "natural defense for the sterilization of environments contaminated by bacteria, viruses, spores, etc." by the Ministry of Health with prot. n. 24482 of July 31, 1996 and "disinfectant and disinfestant agent in the treatment of air and water" with CNSA of October 27, 2010.

The FDA (Food & Drugs Administration), the USDA (US Department of Agriculture) and the EPA (Environmental Protection Agency) have approved Ozone as an antimicrobial agent "GRAS", the USDA and the National Organic Program have also approved as an active ingredient for the sanitization of surfaces (plastic and stainless steel) in direct contact with food without the need for rinsing and with no chemical residue.

OZONE HAS BEEN RECOGNIZED BY THE MINISTRY OF HEALTH (PROTOCOL N. 24482 OF 31 JULY 1996) NATURAL PROTECTION FOR THE STERILIZATION OF ENVIRONMENTS CONTAMINATED BY BACTERIA, VIRUSES, SPORES ETC. AND INFESTED WITH MITES, INSECTS, ETC.

From the data obtained from a research carried out at the University of Trieste - Department of Life Sciences (D4 Rizoma project 2007-2008), it is possible to notice a reduction of the microbial load of over 90% with concentrations not lower than 2 ppm for at least 6 hours of treatment.

University of Parma - Institute of microbiology 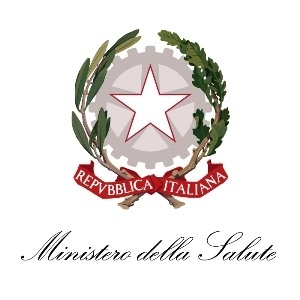 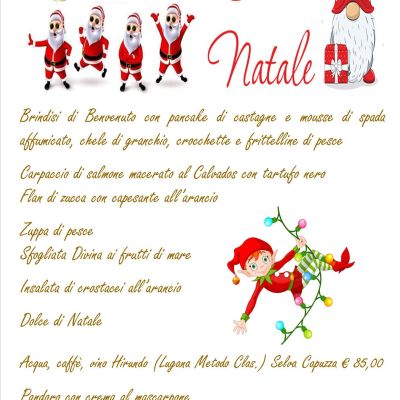 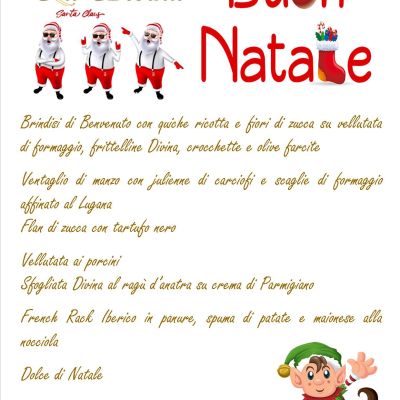